Targeting Chinese consumers? WeChat is definitely something you don’t want to ignore. It is one of the most important Chinese social media platforms.

On 13th May 2015, Tencent (the company that developed WeChat) released its 2015 annual report. Here are some key points on WeChat users. 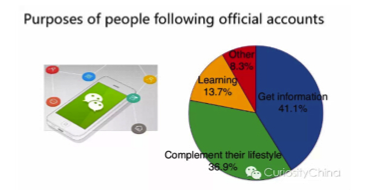 WE’RE HERE TO HELP YOUR BUSINESS BLAST OFF IN CHINA AND UK!